With some joy I arrived home yesterday afternoon, to find a white manila envelope half sticking out of my letterbox, embossed with a clear blue ‘Crooked Dice’ logo; My Crooked Dice 7TV2 Directors kit had arrived! 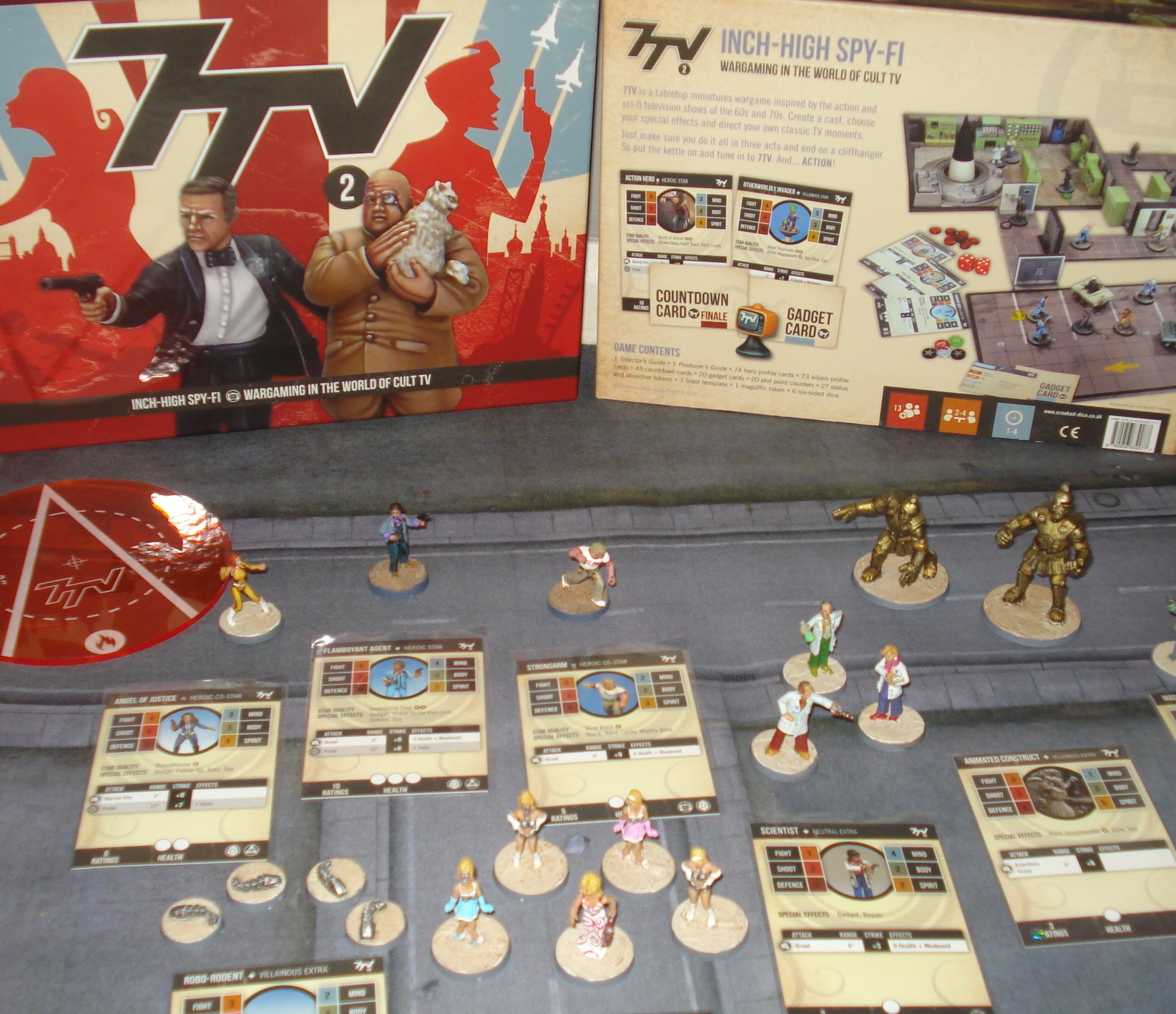 Graeme and Karl – the bigwigs over at Crooked Dice – have put out a shout for Directors – demonstrators with a love of the game, who would be prepared to take 7TV2 to local clubs and shows… and as ever, I am always keen to be promoting small independent gaming!

I’ve been a dabbler in 7TV for some few years now; I’m a huge fan of 70’s and 80’s television and films, and the opportunity to be able to purchase and use some of my childhood heroes on a tabletop has always been compelling. I had 1st edition, and pre-ordered 2nd edition for its release in November of last year.

The game itself is fast, quirky fun – in the ethos of celebrating those great heroes of yesteryear – Connery’s Bond, Pertwee’s Doctor, Spectrum, Blake’s 7, The Professionals, The Sweeney, Department S, Jason King as a few amongst many. Each game takes place over the course of a three Act Television episode, driven forward by the use of turn cards that force the narrative of the game towards a satisfying and explosive (if on somewhat of a budget…) feel.

Crooked Dice offered two key kits for directors starting out taking the game out for demonstration; Kit ‘A’; A starter boxed set and two beginner factions chosen from Army (a section of 70’s Soldiers with a moustachioed Brigadier and his plucky assistant), Action (A suave Secret Agent, his Inventor assistant, some Ninja’s and some armed uniformed guards), Mad Science (A strange saucer riding alien menace with his twisted mutant henchmen), Occult (A goatee beard wearing Cult Leader, with his robe wearing henchmen), Police (A hard bitten ragged DI, with his young DC assistant, accompanied by a slew of good, honest coppers) and Crime (Filthy scoundrels and mobsters, who are good to their mums, and don’t like a grass…) and Kit ‘B’, for those folk who already have played 7TV or have the starter box (like myself!) who could elect to choose four of the above factions to use in demonstrations. 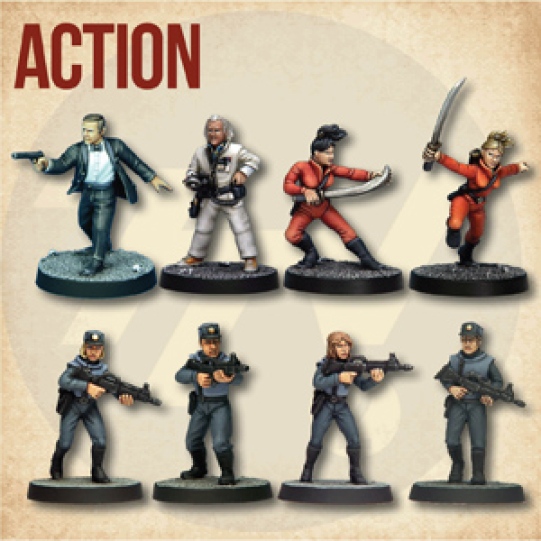 Already having my starter, I opted for Kit ‘B’ – and messaged the boys at the BDW (Big Dirty Wargamers) about which factions they fancied having a go at, and after some deliberation, the Action, Mad Science, Police and Crime packs were requested. 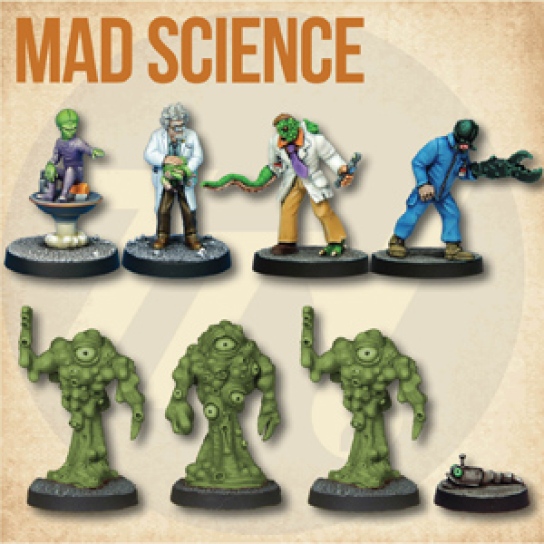 The plan is to have the toys assembled and at the very least undercoated in time for Friday night of the 18th of November, when the BDW, meeting at Wayland Games Hockley, will be allocating time for their first 7TV2 games!

Anybody wishing to come down and observe the BDW dipping their toes (possibly even getting a chance to roll some dice and move some inch-high spies themselves!) should feel free to spin down and say hello!

Dash for the Maguffin! 7TV2 at Wayland Games

Last night saw a late showing of Crooked Dice Miniatures goodness with the members of the Big Dirty Wargamers at Wayland Games in Hockley! 7TV is set in the world of ’70’s and ’80’s Saturday […]