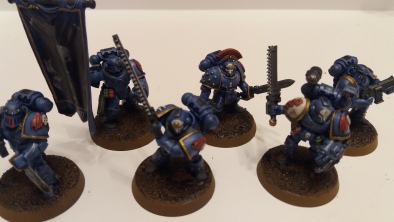 Hello again and welcome back to my diary of game theory vs practice.  Recently I have had the pleasure of playing quite a few games; Guild Ball, Marvel Universe, Infinity, Tanks and Burrows & Badgers.  I definitely have favourites amongst them and some I’m not in any hurry to go back to but it got me thinking about what it is that draws me in to a game and above all things it made me think about where it all started…(cue slow blur and twinkly music.)

Like many of us I started out with the mighty 40K but like many others I eventually fell out of love with it.  I still really love the background and the figures that GW churn out and in fact have a company sized force of Night Lords for use in 30K/40K games but the game became too unwieldy and essentially dominated by super-weapons.  I have played seventh edition and really enjoyed it but I’m scared of getting too involved because I know that way lies darkness. 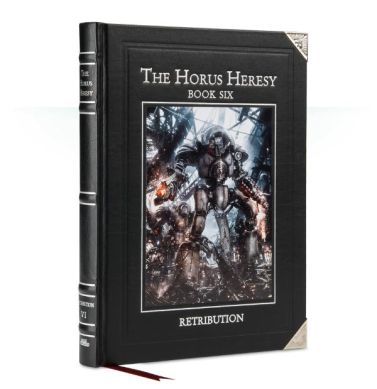 What am I blathering on about?  Basically I think that 7th is actually a really good edition of 40K, perhaps the best ever but the fact that wherever you play against other adults it becomes a game of wallet hammer and ‘oh I didn’t know they could do that’.  So whilst I’d love to play I’m frightened that the competitive part of me (lets face it he’s a big part) will demand that I buy umpteen fliers and knights over the next months rather than slowly completing my armoured company.

If only there was someway to mitigate the impact that those big hitters have on the gaming table so that you can still play with the rule of cool.  Perhaps 30K is the answer? Since most armies will be infantry based space marine armies that may be an option though there are still some scary things available to the legions.  Or is it cool to say ‘please no giant scary stuff’?  Is there a way to balance 40K and make it more streamlined or is it too far gone?

Perhaps now is the time for GW to think about revamping 40K again to make it more about how you use your figures than what they are?  Maybe the best option for me is to use a completely different rules set for the game and avoid all the codexes, faqs and wallet hammer shenanigans completely?  I guess I could just play with what I’ve got and accept that I’m going to lose when somebody brings something I can’t deal with but that doesn’t seem like any fun.  Does anybody have any tips for getting back into 40K?

Any way whatever.  I’ll be back next week and talking about Heroes of Normadie.  Until then happy gaming! -Mark

Those of you who may have been busy fawning over Guilliman and his Imperium or pursuing Mortarion and his Death Guard might have missed some recent events. Forgebane is merely around the corner! In this […]

When a new game drops, it’s all too easy to get swept up in the new systems and mechanics. It is natural – forgetting rules is going to happen! However, I’d like to offer this […]

Hello again, it’s been a while since I last wrote anything for several (largely boring for you) reasons.  The main point is that real life threw a few spanners into my hobby engine and now […]