So going through my phone pictures I realised that I still have loads of pictures that I haven’t published, so here goes with a few off them.

Battle System scenery in action they had on display their Sci-Fi and dungeons kits with loads off add ons as well, was definitely a bargain if you got in on this kickstarter, how ever if you didn’t don’t worry as they are still reasonably priced and later this year they will be revisiting the sci-fi setting for their next project.

River Horse was in full flow with both Labyrinth and Hunt for the Red October on display Mark had a chat with the guy behind the stand spo hopefully if he can remember what was said he will put a few more words to this later.

Spidertank, yes its a real thing, yes its expensive, but it is THAT big.

The Spiral arm team were there again this year with more games of Maelstroms Edge to play and some awesome display pieces, I was even lucky enough to see something from the next planned releases, I really should have pocketed it and ran, but thats with hindsight and might have ruined future prospects with the company. But what can I say about it, probably not a lot but the sprue I saw had alternate parts on it for conversions and a few new weapons as well as a huge, great…..

Spectre Miniatures were there as well, I really wanted to see this stand in full flow but didn’t get to it until really late in the day (16:58) so didnt get much time to chat to them, well got no time to chat to them really just a few shots and a promise that I will be in touch soon.

There miniatures look absolutely amazing for modern spec ops forces and Militia as well, once I have worked through the Salute haul of 16 there will be some kind of discussion going on to see if I can get hold of some off these models (or all of them).

All their sculpts just look so anatomically correct its like looking at a movie thats been paused, their work in progress which looks like Militia forces with a Chinese rocket system whose name escapes me at the moment looks real, ok very small, but the proportions of the weapons and the models just make them look so natural. 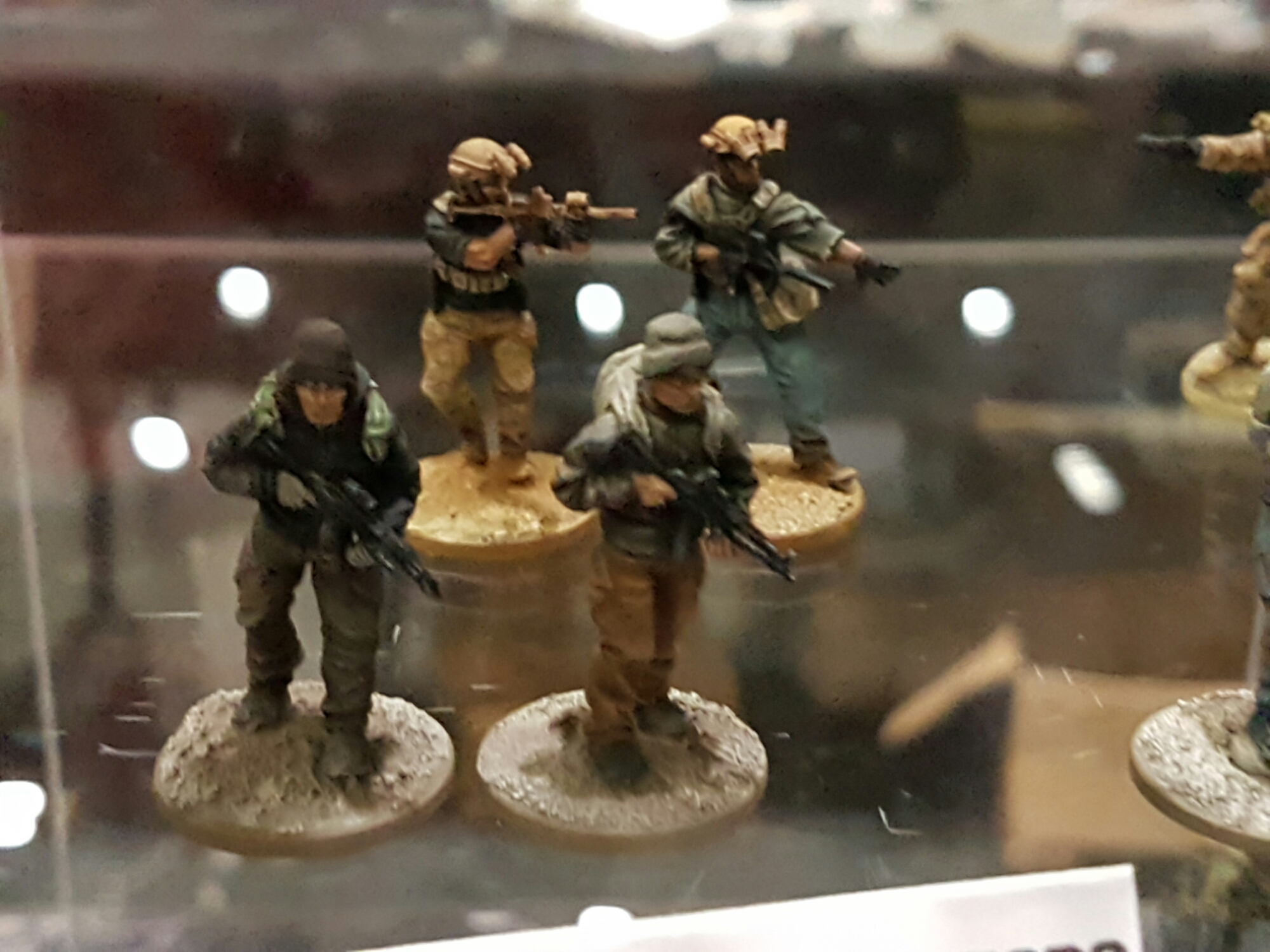 Following on with the tradition of being very slow to post updates for my Afrika Korp Force. I have neglected it for far too long and its time for an update. To help I picked […]

This afternoon I turn my attention to the world of River Horse.  Creators of the Terminator:Genisys game as well as Waterloo – “Quelle Affaire!” and a series of other chess like games they have been […]

A few days ago the lists were revealed for Salute, who would be there and what games would be on display. According to the list on the Salute webpage there is a shade over 85 […]