Where has the week gone? Its almost the weekend already and I hope you guys have a better weekend planned than me. 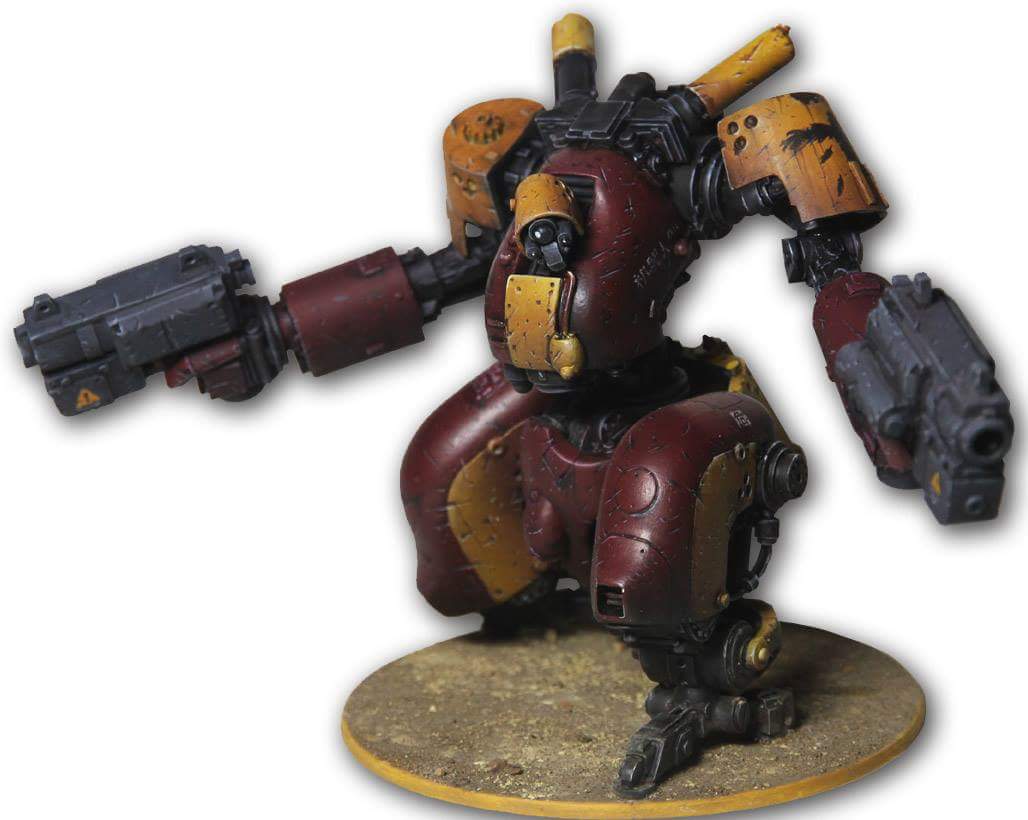 This is to be my reward! once I have built and painted my Wrath of Kings, Arceworld, Deadzone, Badgers and Burrows and Guild Ball stuff that either turned up just before Salute or was obtained at Salute I am going to be having a go at this mammoth model from the upcoming Armoured Syndicate game, I have been waiting a year and I don’t want to wait any longer, so whilst it may seem that the end is never in site for my painting desk I am going to start setting my self small goals each week to chip away at the ‘must get painted’ pile. Hopefully in a few years time I will be all caught up and never again have to field an unpainted force, yes its more of a fantasy than a pipe dream, but games look so much better with awesomely painted miniatures and failing that just painted miniatures don’t look to bad but currently most of the time I am ending up playing with under coated models.

So that is the goal it will be measured using the motivation factor that El Torro needs some attention and I am willing to provide it, just about 50 models are standing in my way at the moment. Also I will be alternating between either Demo/Review sets and personal stuff (which normally ends up on the site anyway). To make this job slightly easier I will be prepping army lists or rosters for each force so for things like deadzone where the amount off figures required to play is far less than the number of models available I wont be wasting my time and there fore can get to my goal much quicker.

After this goal I will probably be setting myself another goal to get some more forces done including Kings of War, Halo, Gates of Antares and Freebooters Fate although I havent decided what my reward for that on will be yet, but judging by the amount of Kings of War currently sat on my shelf I think it will probably be summer so maybe a field trip to Nottingham might be the reward.

How do you guys motivate yourselves to get painting?

Sadly I have been more than a little poorly this week so I haven’t had a chance to really do much painting.  That’s a shame since this is meant to be the first in my […]

Yesterday I saw someone asking who they could pick from to play for the Butchers, so not to miss an idea, here is the current list off who you can pick from the each team. […]