This exciting and unusual new game is set in the near future where global warming has made most of the western US uninhabitable and corporations now own most of the land… including the abandoned city of Las Vegas.

In the core game you can play either as the corporate landlords, ‘Dromeda Corp’ protecting their salvage rights with their robotic sentinels and drones, or you can take on the role of the ‘Dead Crows’, a gang of mercenaries and outlaws, backed by underworld crime lords, who have been sent into the ruins of sin-city to steal various items in a series of daring heists. 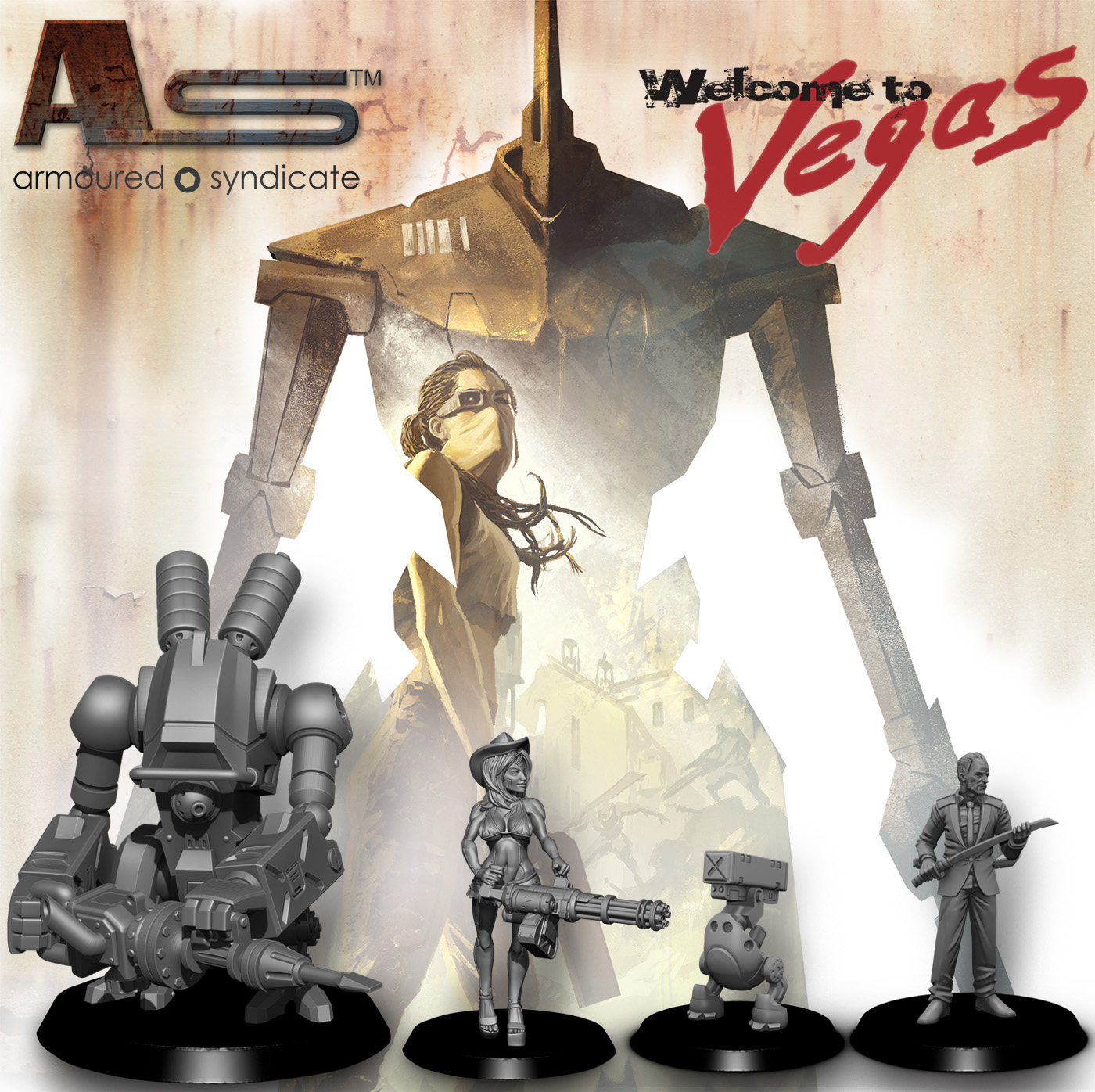 The game itself is all about money and ultimately, the winner is always the player who makes the most profit during the game. Blasting your opponent’s characters to oblivion does reduce their profit however options such as bribery, hacking and theft are often more effective!

I have a few of these charactors at home even though one of them seems to have run off! I can say hand on heart that the miniatures are really nice resin jobs that are easy to get together and just seems to paint themselves.

With a host of other add-on models available from the outset (including the massive 4” tall ‘El Toro’ mech) and many more models and cool Vegas/gambling themed items in the stretch-goals… this is set to be a VERY cool campaign!

The Kickstarter goes live at 5:00pm UK time on Wednesday 12th and will end at the same time on the 1st of November, making this a short 19 day campaign.

There will be a very limited number of early-bird pledges so we recommend you get in there fast!

About Darren 508 Articles
An on an off gamer for twenty years, but in the last few years has spun away from his favourite Dark Angels and is loving the new found versatility and variety in the miniature universe
Website

Like a lot of games around at the moment Arena Rex is another from Kickstarter game.  Whilst I never noticed when it was up (slight shame to be honest), it is a game I have […]

Welcome to the Underhive, scum! Games Workshop has released a video showcasing the basics on how to play the new Necromunda release that is coming soon. You can see the video below.

In the near-future the world has suffered a series of disasters. The overcrowded cities have ceased to exist, the majority of humanity has been eradicated. Those that have survived thus far are waging a constant […]