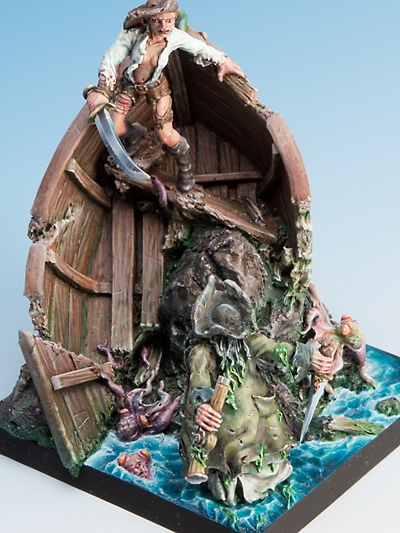 Attack of the Zombie Octopuses is a diorama in 28mm scale, that includes a boat wreck alongside the characters Jebedia Bowyn, his two Zombie octopuses and Victoria Innsfoot. The characters can be assembled either standing on the diorama boat or on their own 25mm base for use in the game.

Jebedia Bowyn is a character and mystic of the Cult and the Pirates. He has power over the domain of the Wild and is ridden by the loa Le Grande Calmar, who enables him to awaken sleeping Zombie Octopuses lying hidden everywhere at the shores of Leonera and the surrounding islands.

This set is limited to only 1,250 copies so if you want a copy then it would be a good idea to buy sooner rather than later. Available on the Freebooters webpage. 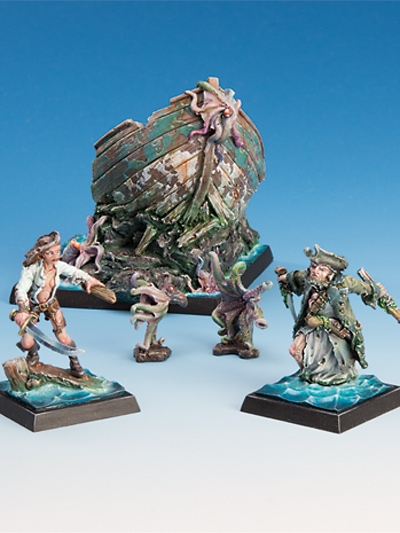 About Darren 531 Articles
An on an off gamer for twenty years, but in the last few years has spun away from his favourite Dark Angels and is loving the new found versatility and variety in the miniature universe
Website

Neromunda: The Rulebook We Wanted?

“…whether you’re pleased about it or not, should you wish to jump into the Underhive, now is surely the best time.” […]

New Releases for Febuary from Freebooters

Freebooters Miniatures today announced the next wave of thier releases. Swallow is the last of the new characters for the ELTC from the Tales of Longfall 2 – Corporate Piracy expansion. As a Mercenary she fights […]

Guildball and the Erskiri Wolves Come Down With World Cup Fever

From the 19th June to the 19th July Steamforged games are hosting an SFG Homeland Cup Event. They’re giving you the option to follow along at home via SFG Live on YouTube and Twitch. They’re […]